'Almost American Girl' is coming out on January 28th! 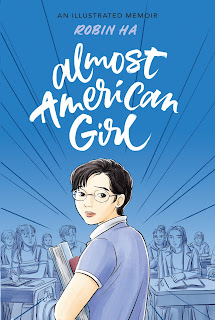 Hello everyone!
I hope you are having a wonderful fall and getting ready for the turkey day. I have many exciting events coming up in November and early December that I would like to share with you guys. 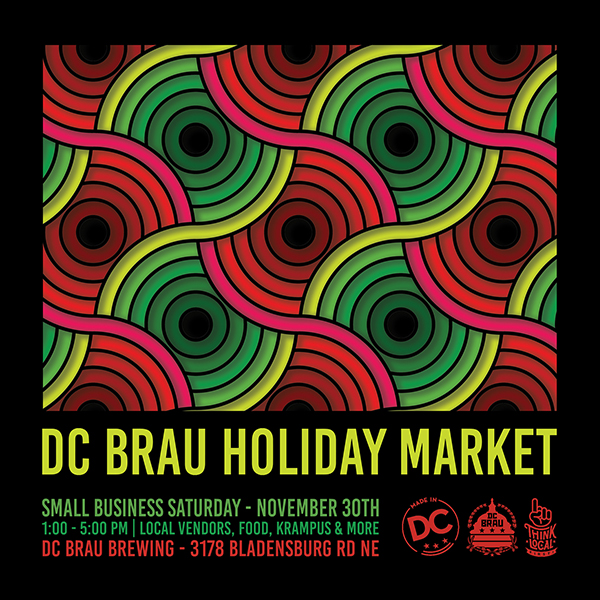 I will be part of DC Small Business Saturday as a vendor at DC Brau's Holiday market. If you are in DMV area for thanksgiving, please visit the market and support small local businesses and also enjoy DC Brau beer! This is a free event for all ages. Here's the detail of the event: http://dcbrau.com/holidaymarket19/ 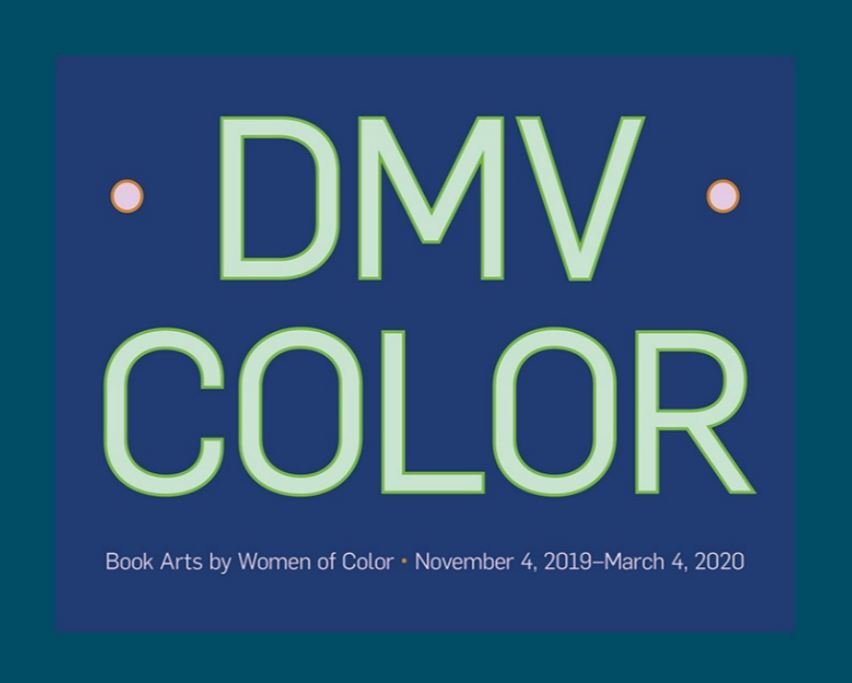 I have been honored to be part of the National Museum of Women in the Arts's 'DMV COLOR Book Art by Women of Color' exhibition. The District of Columbia, Maryland, and Virginia—known locally as the DMV—is a fertile center of art-making for women of color of diverse heritages. Washington, D.C. and its surroundings have long been home to a rich community of artists of color, ranging from those born and raised here to others who built connections to the region as short-term residents. The exhibition DMV Color features an eclectic assortment of contemporary works by women of African American, Asian American, and Latina heritage. The artists’ books, graphic novels, photobooks, and zines depict intimacies of family life, legacies of enslavement, effects of rampant development, dislocation and newfound freedoms tied to immigration, and other topics.

This exhibition is up now till March 4th 2020. You will find my work along with works of 18 other female artists based in DMV area. Please visit this awesome museum!
For more info: https://nmwa.org/visit/visitor-information 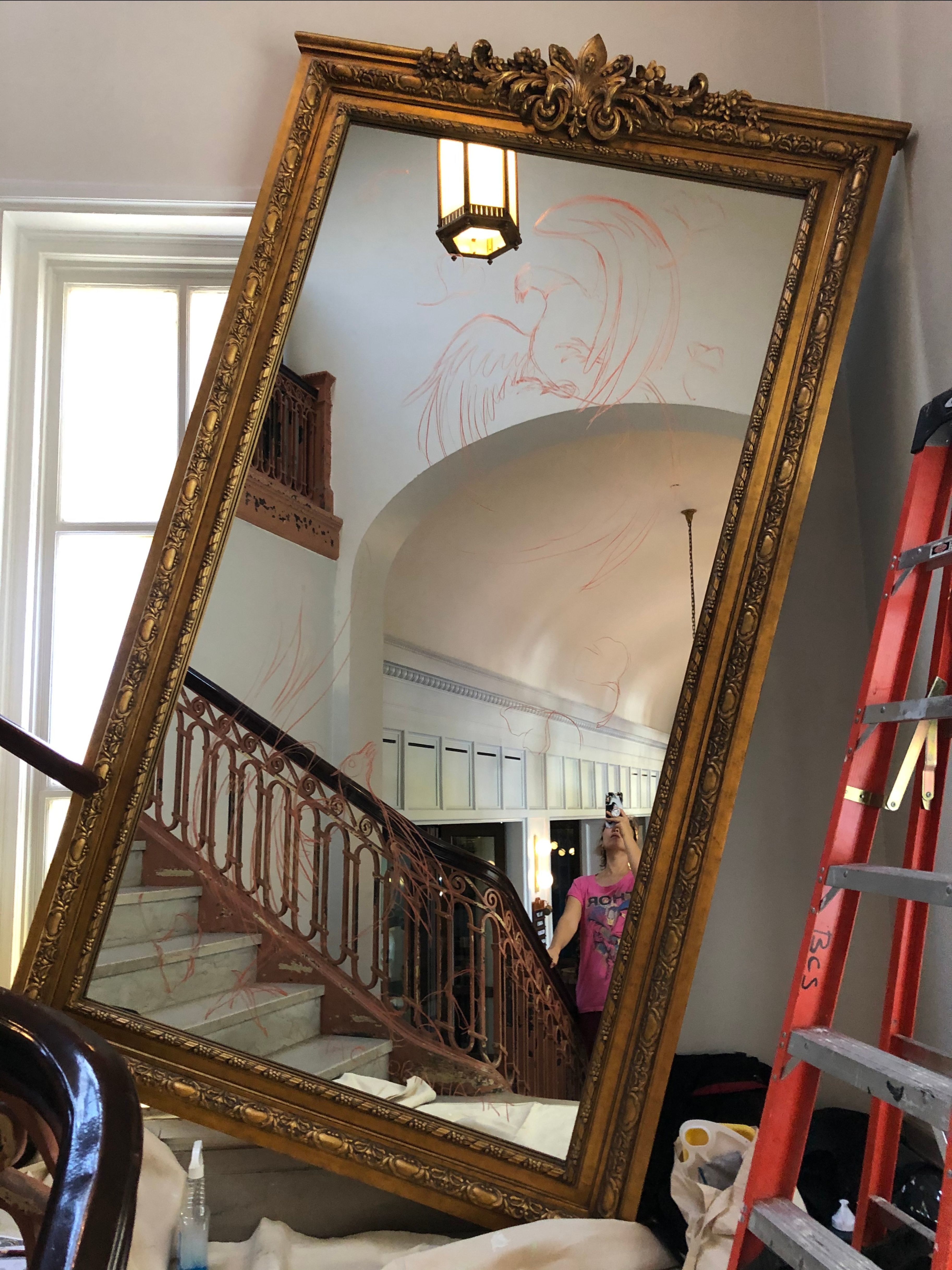 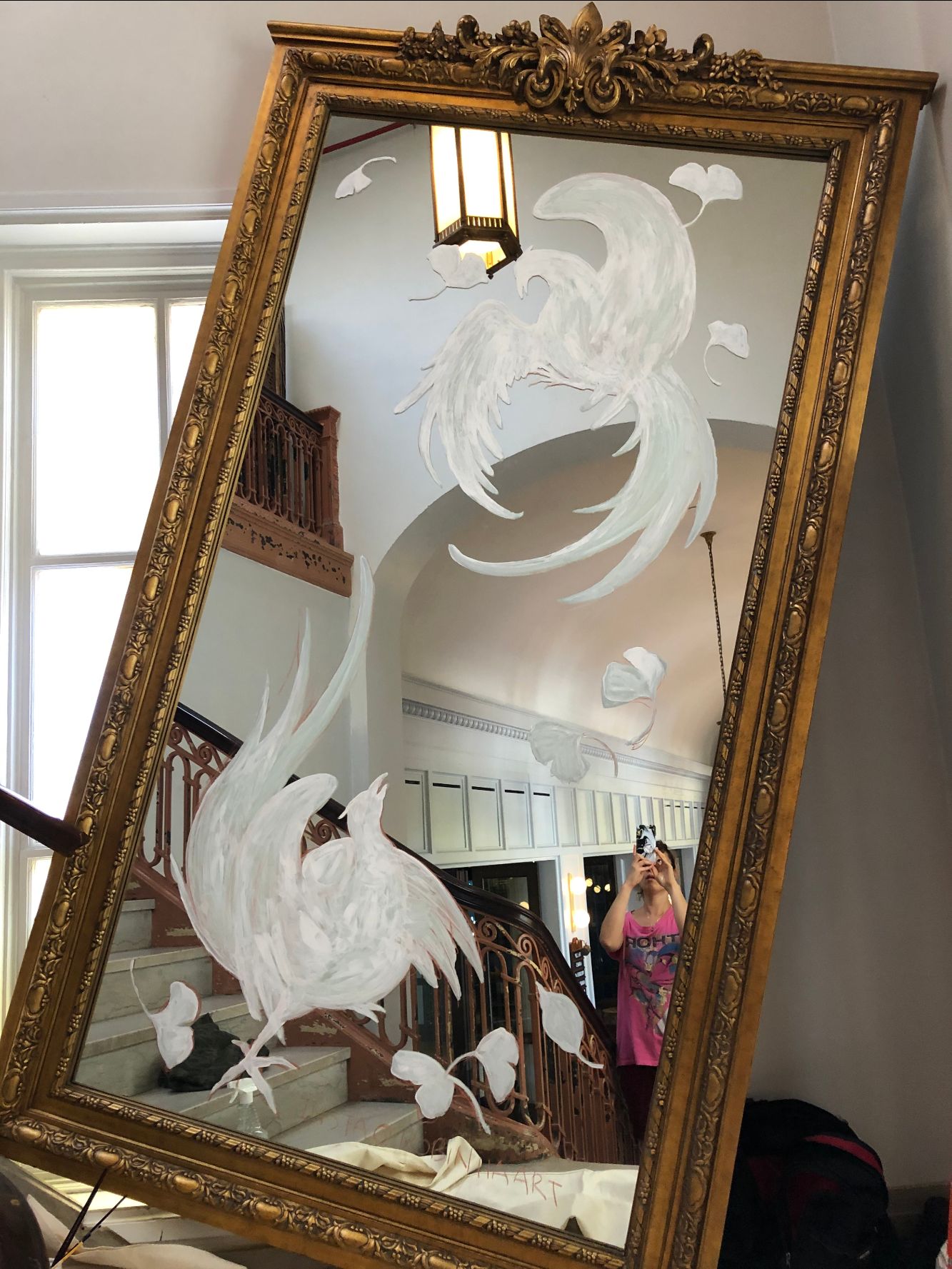 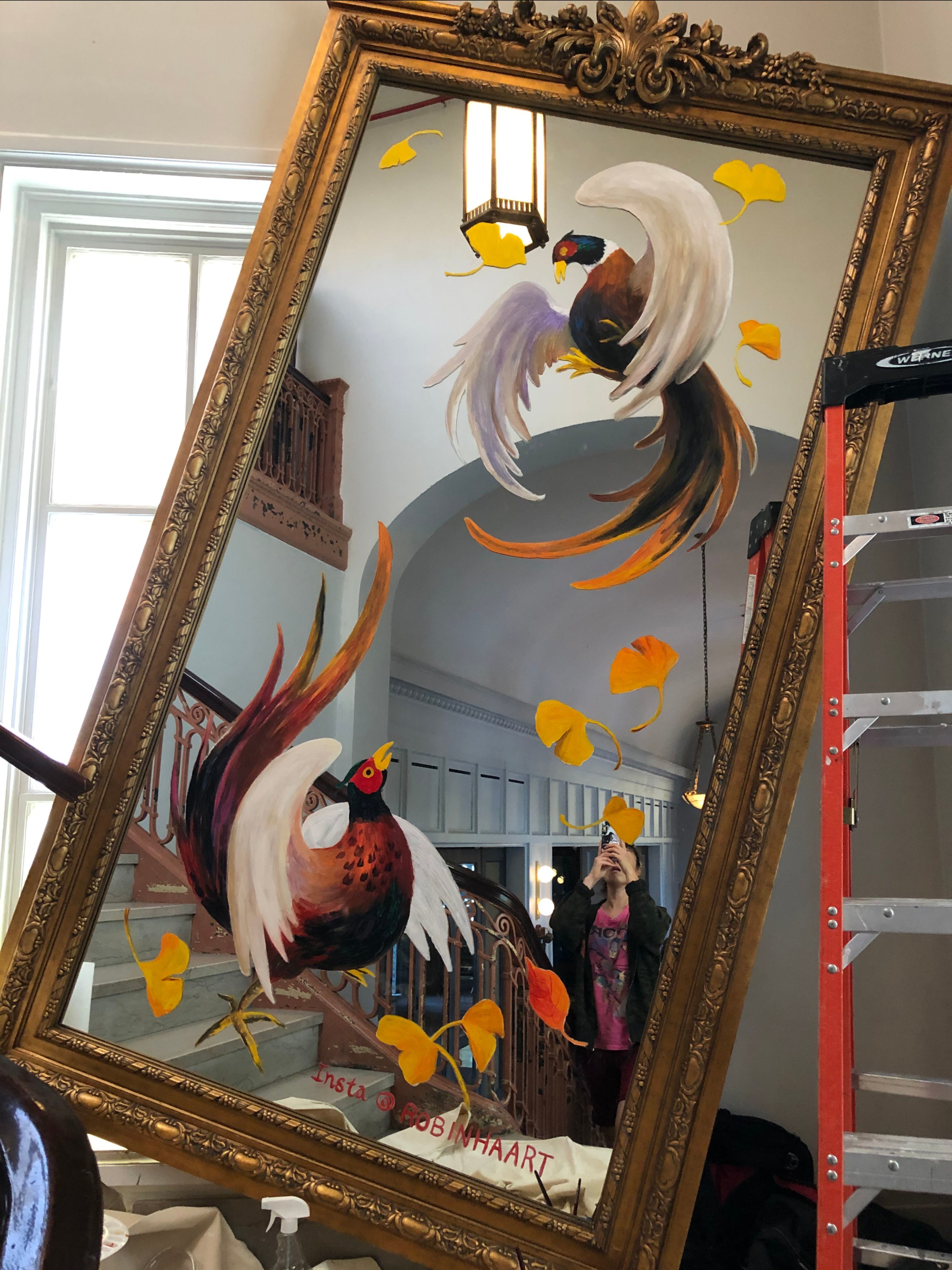 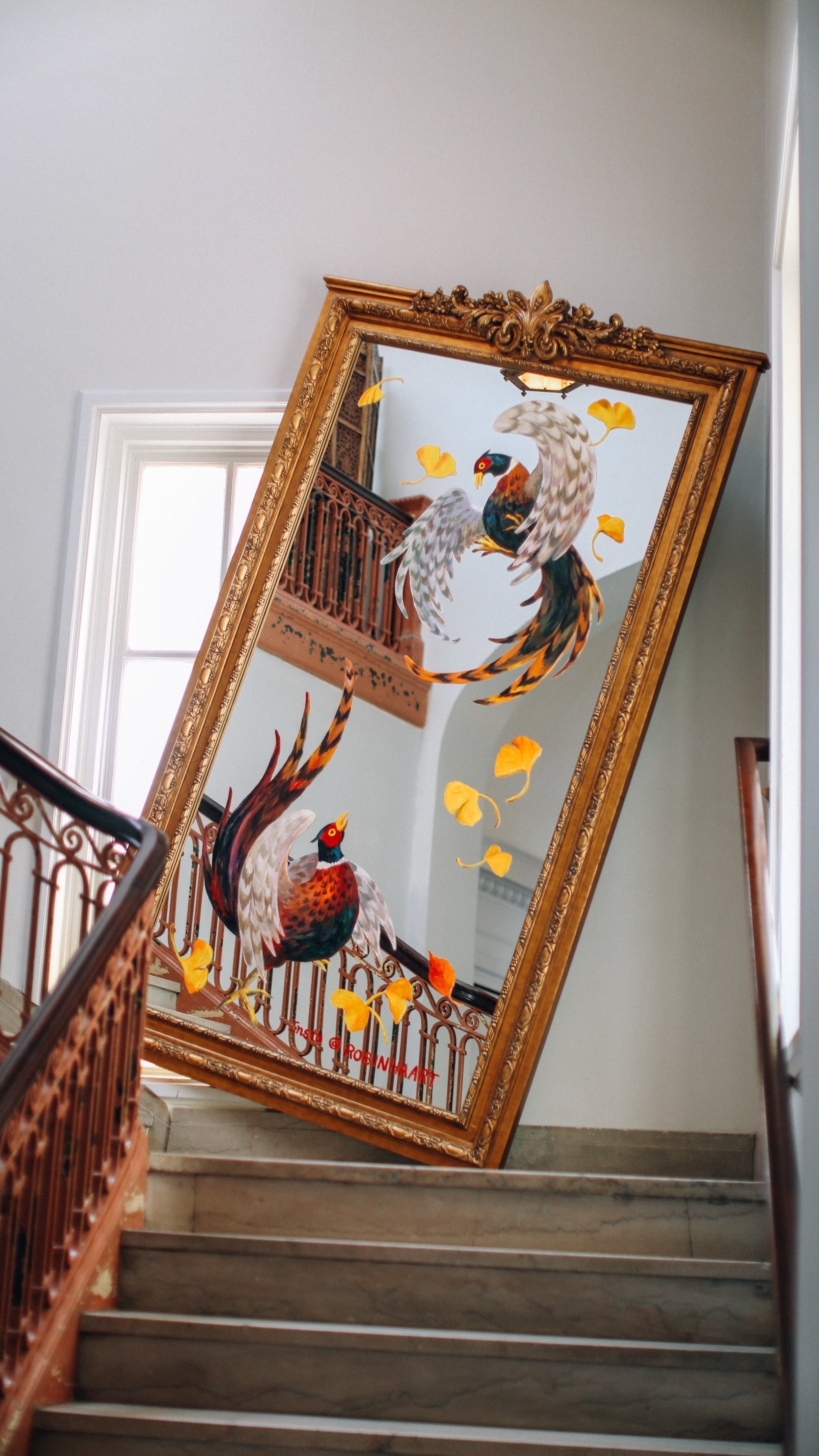 Last month, I had an amazing opportunity to paint a mirror for the LINE HOTEL's restaurant, A Rake's Progress in Adam's morgan, DC. Here's work in the process photo and the final image. If you haven't been to this hotel, I highly recommend checking it out for their excellent decor and fine dining experience. This painting will be up until the end of this month, then it'll be erased for me to paint a new winter-themed painting on December 2nd, which will be up till the end of this year. If you are in the DMV area, you are welcome to come by and see me in action! 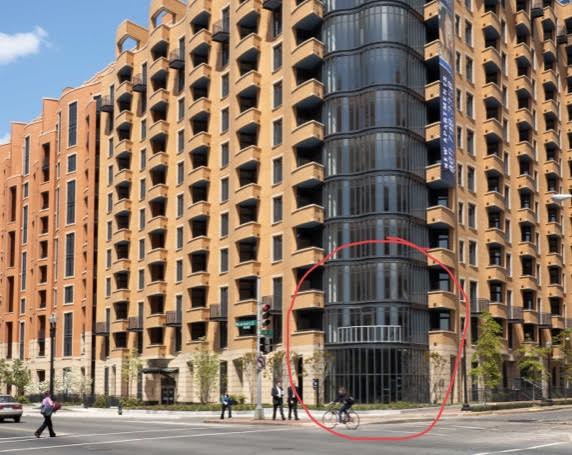 As some of you may know already, I have been part of DC women entrepreneur collective, Femme Fatale DC for two years now. I am so happy to announce that they have just opened a new winter pop up in Chinatown!

This pop up will be up until the end of March 2020. Not only this will be the home for many DMV female entrepreneur's products, but we'll also be hosting lots of events and workshops to empower creative women in all walks of our lives. At this store, you'll find all of my prints and signed copies of Cook Korean!, along with eclectic works made by several dozen female DMV artists, including jewelry, stained glass, self-care products, apparel, fine art, and other gift items.

Please join us for our opening party on December 5th 2019 to check out the new store and meet the makers! 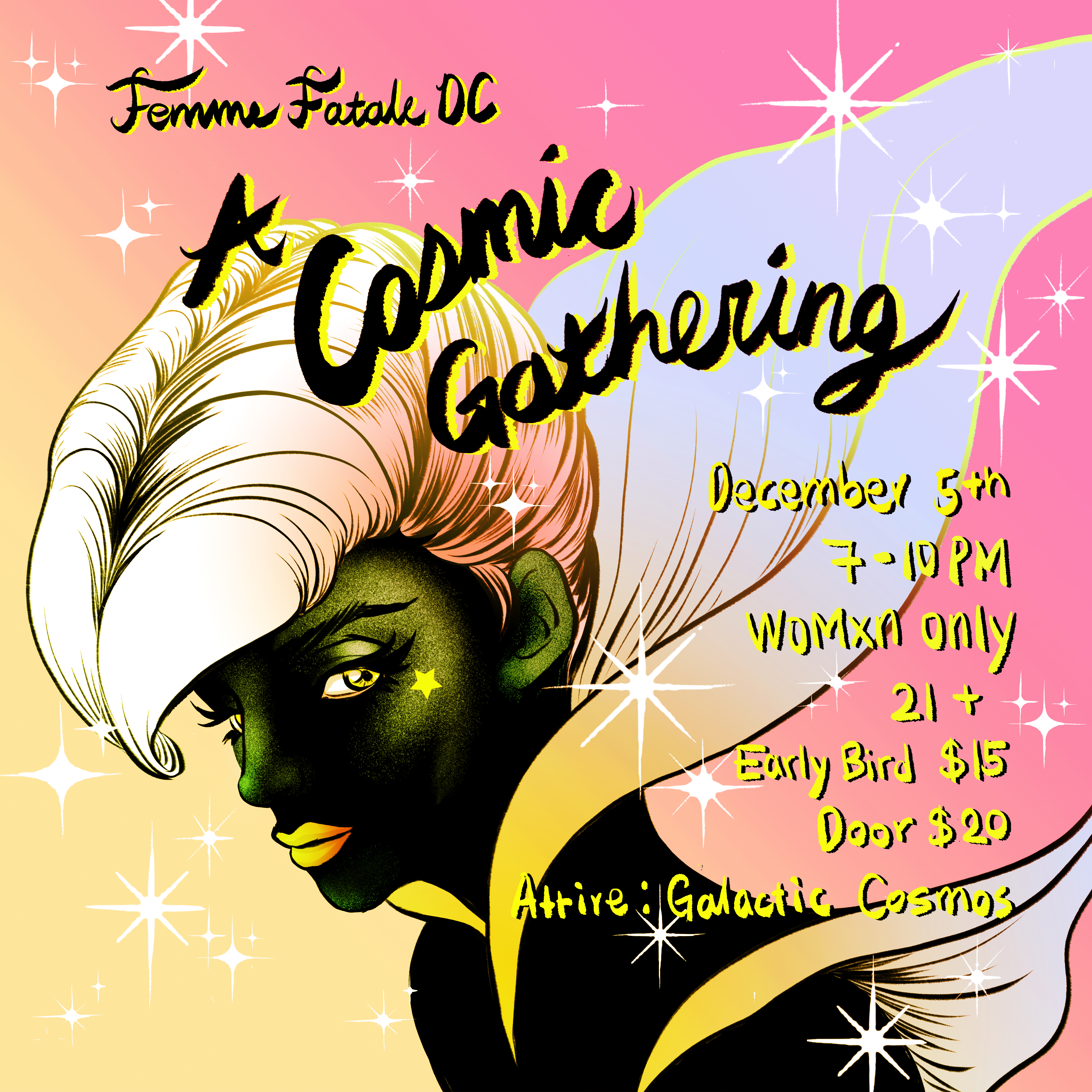 I am thrilled to have some of the best gift shops in DMV area to carry my work. These stores feature mostly local artists' work and would be great places to shop for your holiday needs. Now you can find my prints at SHOP MADE IN DC at their brand new location in Dupont, GIFT AND GATHER in Occoquan, VA, and STEADFAST SUPPLY STORE at both Ballston Quarter and Navy yard locations. If you are in DMV area, I highly recommend checking out these stores. You'd be amazed at their selections of beautiful and unique products. 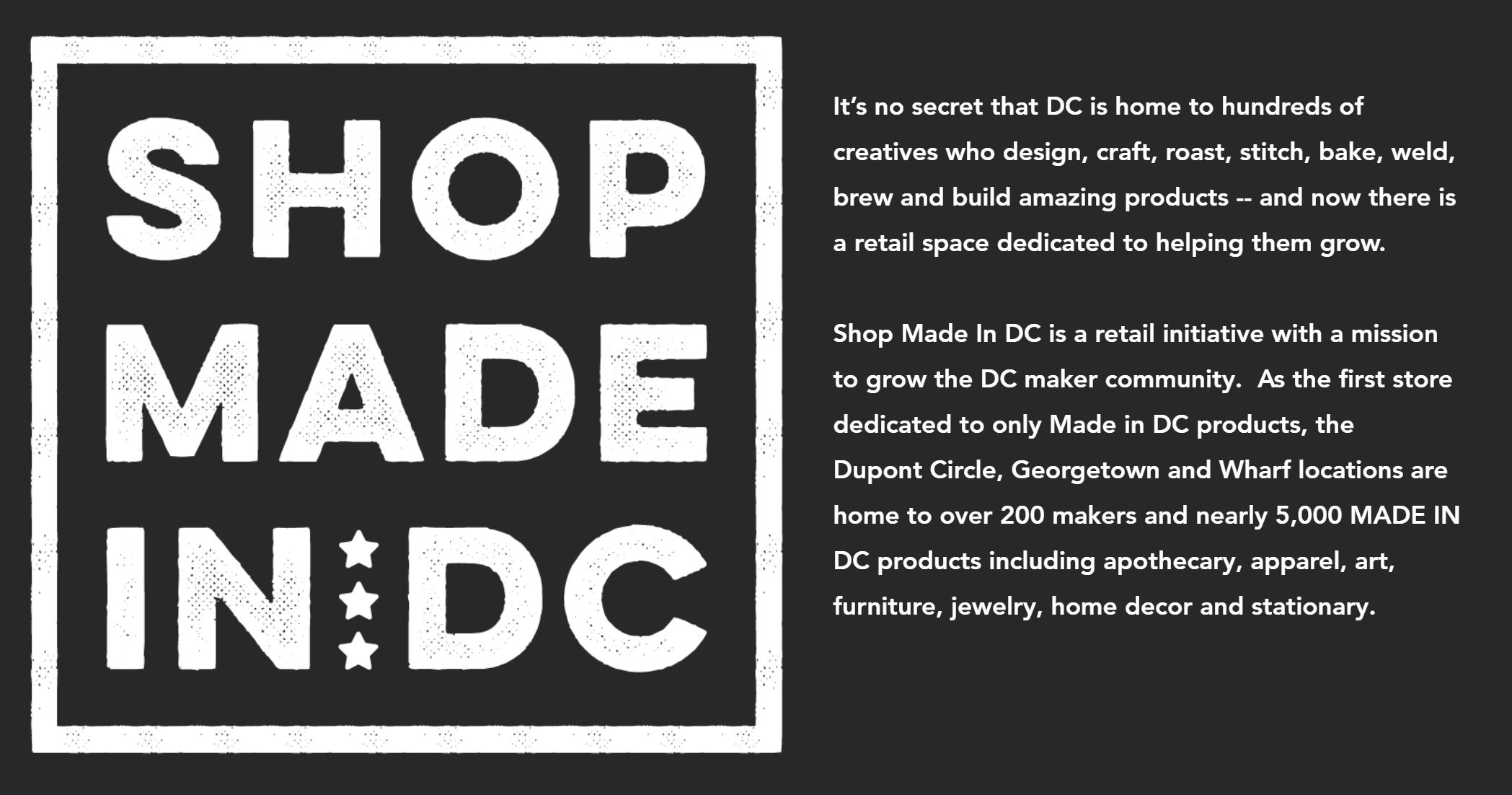 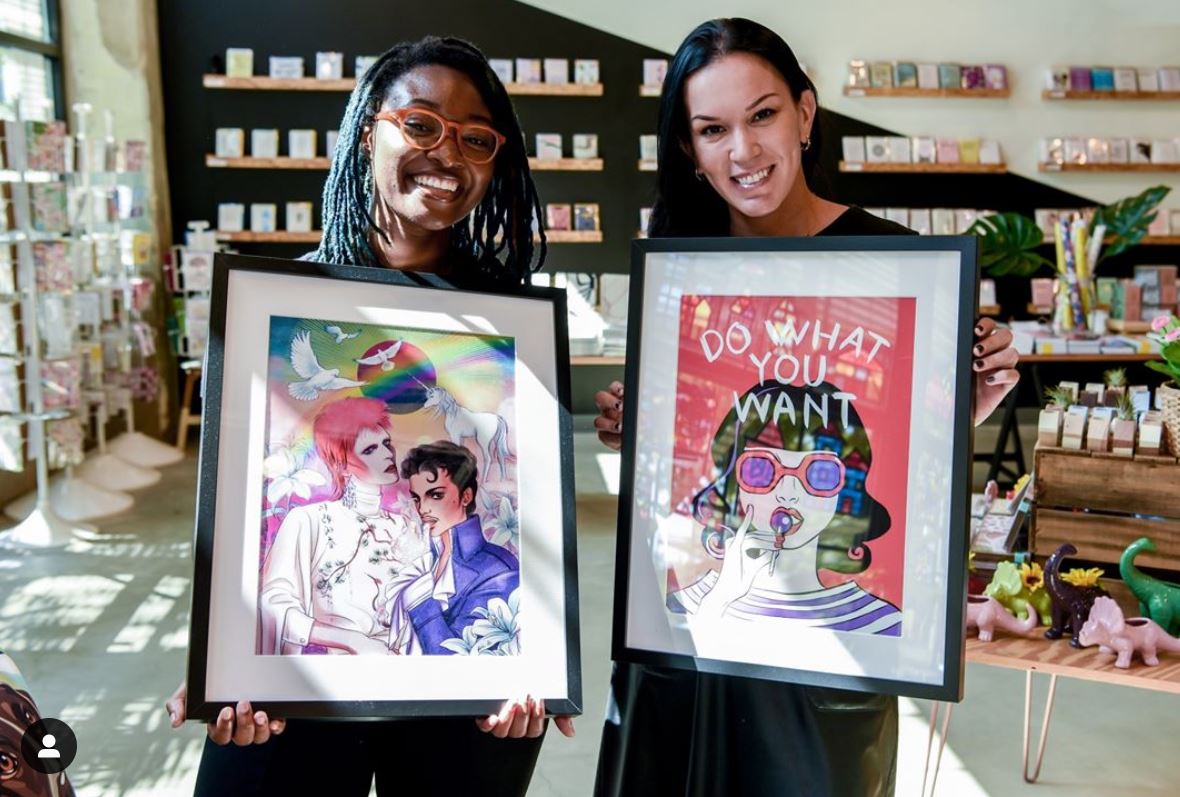 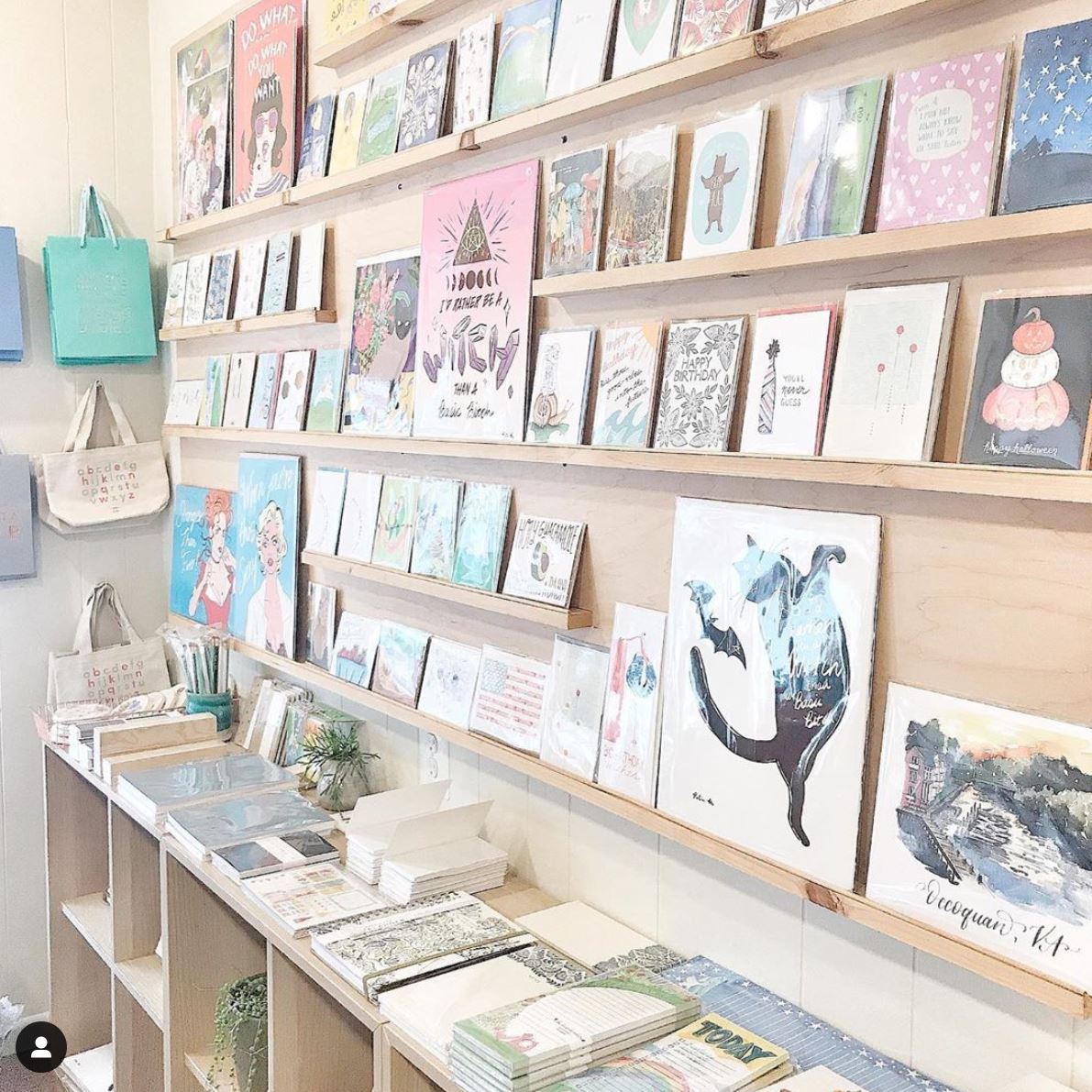 Some of you may be aware that I have been working on a memoir graphic novel about immigrating from Korea to America for a while now. The book is called 'Almost American Girl' and it's coming out in just two months, on January 28th, 2020! You can pre-order the book here.
It's been getting some starred reviews that I'd like to share it with you guys.

I am both very excited and nervous about my book coming out. I will be posting more news on this book as well as info on my upcoming book signing events and artist's talk soon so stay tuned! 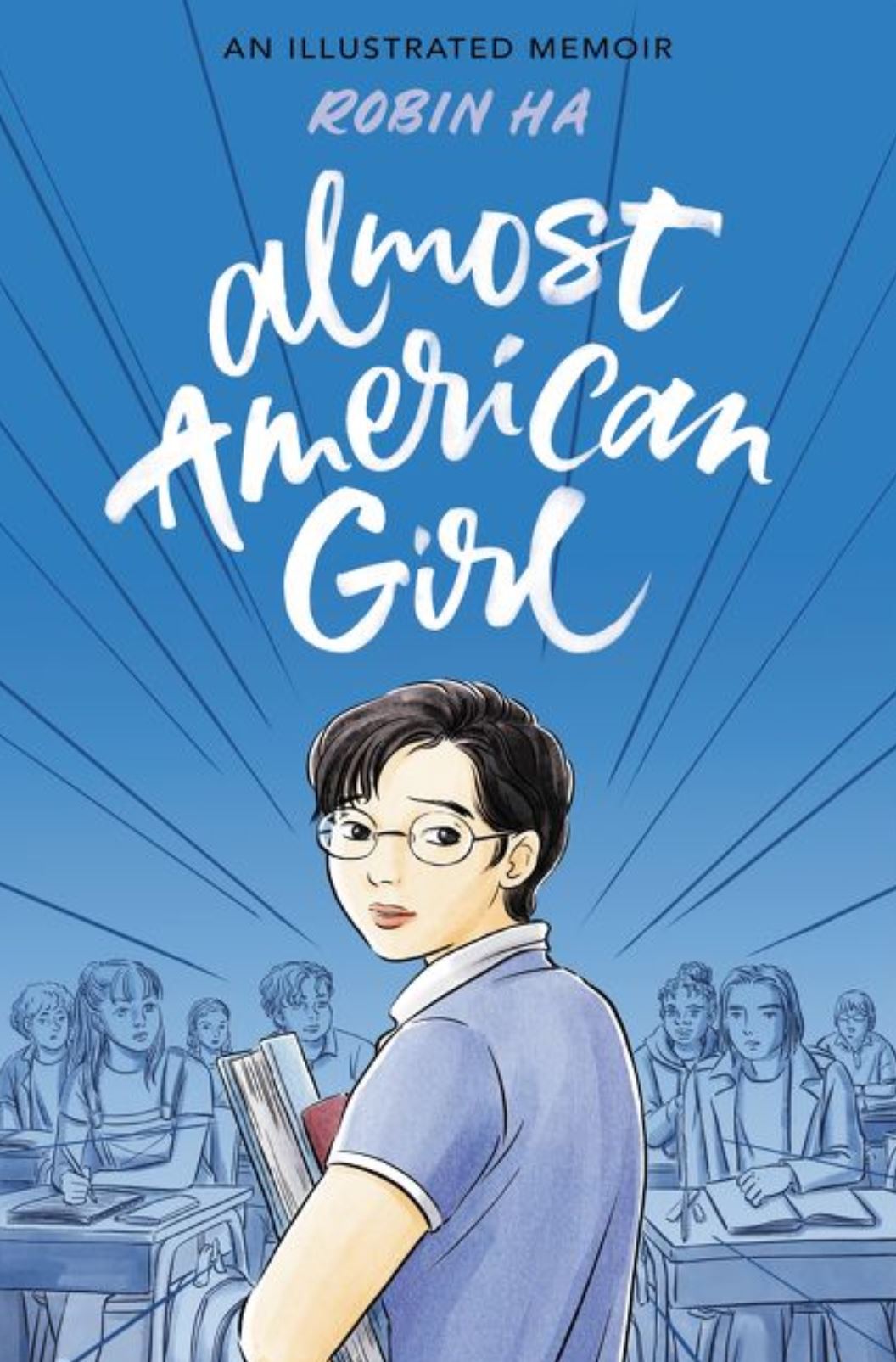 Thanks for reading and I hope you have a wonderful Thanksgiving!

Robin Ha
Posted by Robin Ha Art at 7:32 AM No comments:

SUMMER 2019 EVENTS
Here are my summer events in DC and Hanover, PA.
LOVE BAZAAR at FLASH  June 2nd and June 9th Sundays 6 to 9 pmAddress645 Florida Avenue NW Washington DC 20001 Metro Shaw / Howard University station - 2 minute walk U Street/African-American Civil War Memorial/Cardozo station- 5 minute walk
Come dance with me at FLASH CLUB DC! As part of their summer DJ series ‘SUNDAY LOVE’, Flash Club DC has opened up their second floor to local artists and food vendors.
This is a ticketed event which includes the entrance to their rooftop bar and dance floor (third floor) where the SUNDAY LOVE is happening and the LOVE BAZAAR on the second floor (That’s where I’ll be!). The ticket at the door is $20, but it gets cheaper if you buy it online in advance.To purchase the ticket, visit: https://www.flashdc.com/sundaylove
———————————————————————————————————–
Capital Artist Collective SHOWCASE
June 20th, July 18th, August 20th, and September 19th Thursdays 10 am to 2 pm
Moynihan Plaza at Ronald Regan Building and International Trade Center1300 Pennsylvania Avenue, NW Washington, DC 20004 This is a free event with dozens of arts and craft vendors and food vendors.For more info: https://www.facebook.com/ReaganITCDC/———————————————————————————————————–
American Library AssociationAnnual Conference Artist AlleyJune 21st Friday to 24th MondayPavillion at Walter E Washington Convention Center801 Mt Vernon Pl NW, Washington, DC 20001
Friday, June 21  5:30pm – 7:00pmSaturday, June 22  9:00am – 5:00pmSunday, June 23  9:00am – 5:00pmMonday, June 24  9:00am – 2:00pmTHE ALA ANNUAL CONFERENCE, through its 58,000+ members, serves as the nation’s top resource for public, academic, private, and school libraries. The Annual Conference is the industry leader, the oldest, largest, best-attended tradeshow for the library marketplace. Artist Alley is located on the exhibit floor, it includes the best from all genres. Past exhibitors have included many of today’s leading artists, illustrators, and creators of comics, games, and graphic novels showcasing original artwork.
For more info: https://2019.alaannual.org/artist-alley
—————————————————————————————————–
DC Art Book Fair
July 7th Saturday 12 to 5 pm
National Museum of Women In The Arts
1250 New York Ave NW
Washington, D.C. 20005
202-783-5000
Join us for the third annual DC Art Book Fair!
This curated, kid-friendly event in NMWA’s Great Hall brings together small presses, artists, and more to sell their independently published (largely paper-based) works. More than forty artists will be selling creations from zines to books, from comics to prints, and plenty in between.
This event is organized by the DC Art Book Collective, and the participants are chosen by a panel of judges: Nguyên Khôi Nguyễn, an artist and educator based in Baltimore; Christopher Kardambikis, assistant professor in printmaking at George Mason University; Malaka Gharib, an artist and writer based in Washington; Alison Michael Baitz, a graduate student in library science and children’s literature at Simmons University; LA Johnson, artist, illustrator and creative director at NPR; and Elizabeth Graeber, an illustrator based in Washington.For more info: https://nmwa.org/events/dc-art-book-fair-2019—————————————————————————————————–
ARTIST TALKat Guthrie Memorial LibrayJune 29 @ 11:00 am - 1:00 pmGuthrie Memorial Library | John & Joan Bare Center,2 Library Pl Hanover, PA 17331 United States + Google MapRobin Ha is the author of “Cook Korean! A Comic Book with Recipes”. She will be giving a book talk presentation and cooking demonstration. All ages are invited. For more info: https://www.yorklibraries.org/event/author-robin-ha/Hope to see you there!-Robin Ha
Posted by Robin Ha Art at 8:34 AM No comments:

Hello everyone!
Hope you are having a wonderful spring. I have a whole bunch of events coming up that I would like to share with you. 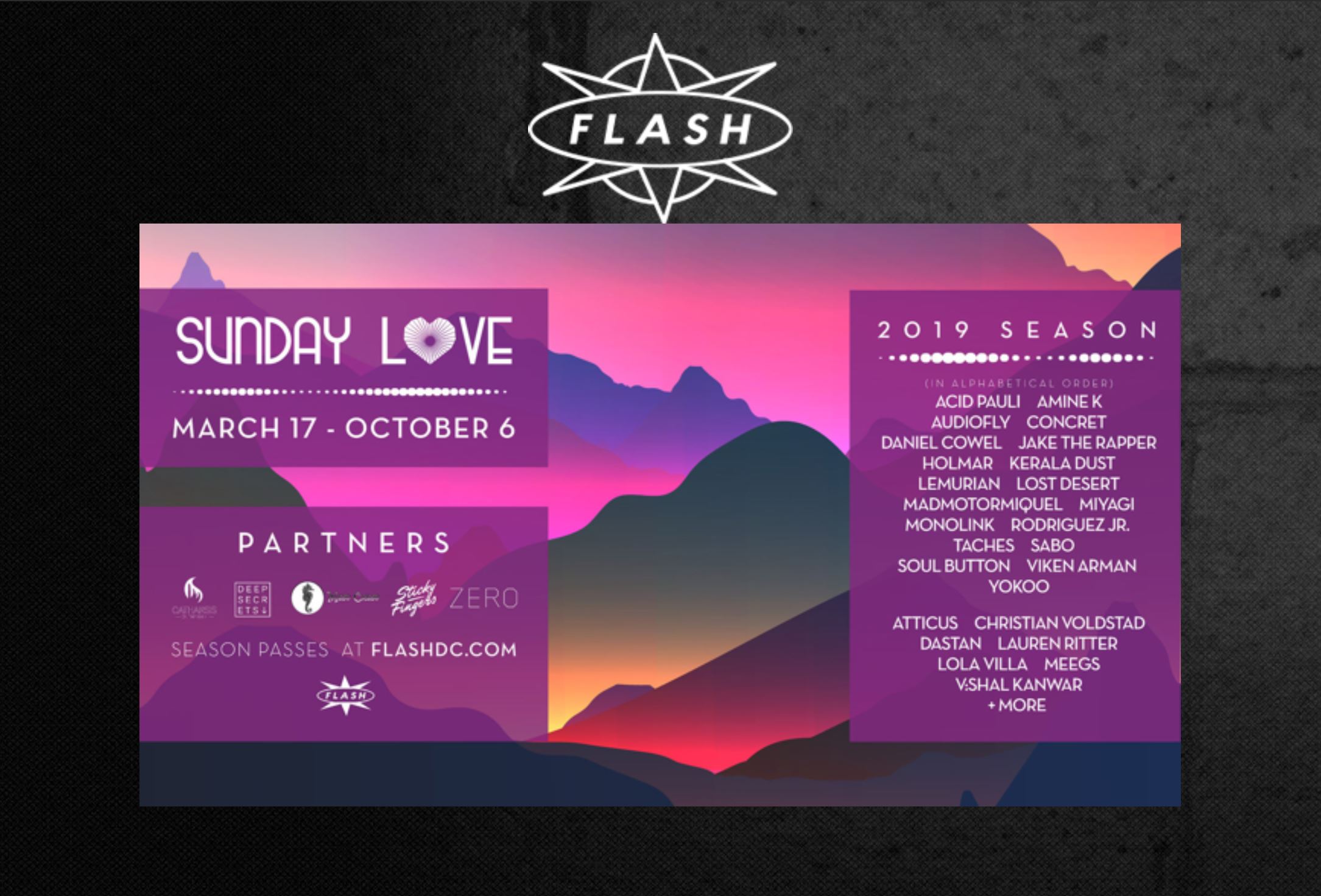 From this Sunday April 24th and onward, I will be participating at a night market and music event called SUNDAY LOVE at FLASH located at 645 Florida Ave, NW, Washington, D.C. 20001.

I will be bringing my mini-comics and Cook Korean! along with many new art prints, postcards and original art for sale. There will be many other local artists and entrepreneurs at this market and also DJ's and happy hour specials. 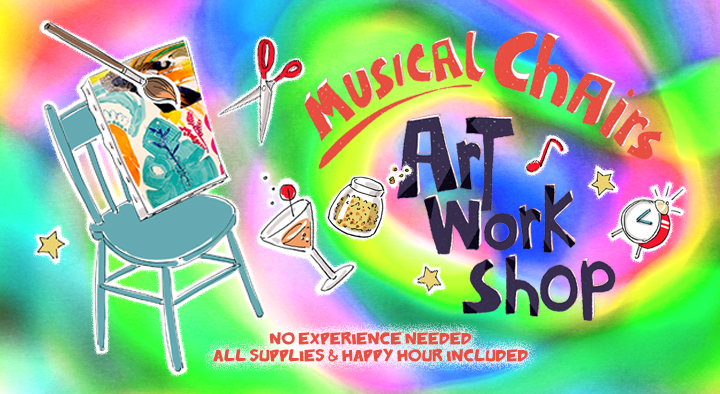 I am doing another Musical Chair Workshop on May 8th at Femme Fatale DC's new location in Columbia Heights!

Have a drink, sing along to the tune, dance and paint some canvases, and take a unique piece of art home. This would be a great chance to check out the awesome new venue of Femme Fatale DC in Columbia Heights. 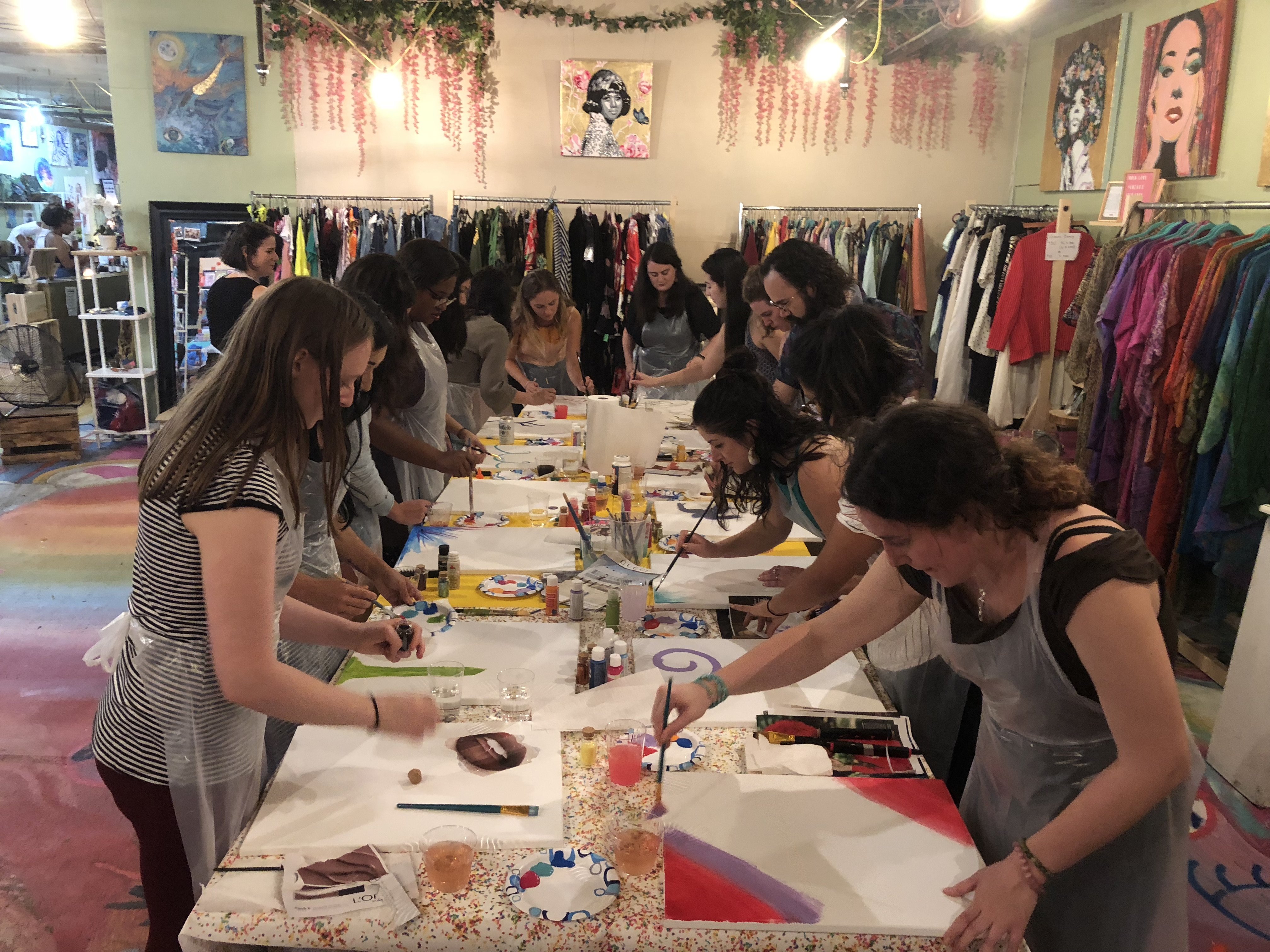 Cook Korean! A Comic Book with Recipes By Robin Ha